The Norman Palace or Royal Palace of Palermo is a very important palace in Palermo. It was the seat of the Kings of Sicily during the Norman dominationand served afterwards as the main seat of power for the subsequent rulers of Sicily. Seat of the Sicilian Parliament, today it is the seat of the Sicilian Regional Assembly. The building is the oldest royal residence in Europe, the home of the rulers of the Kingdom of Sicily and imperial seat with Frederick II and Conrad IV.

The palace stands in what is the highest point of the ancient centre of the city, just above the first Punic settlements, whose remains can still be found in the basement. 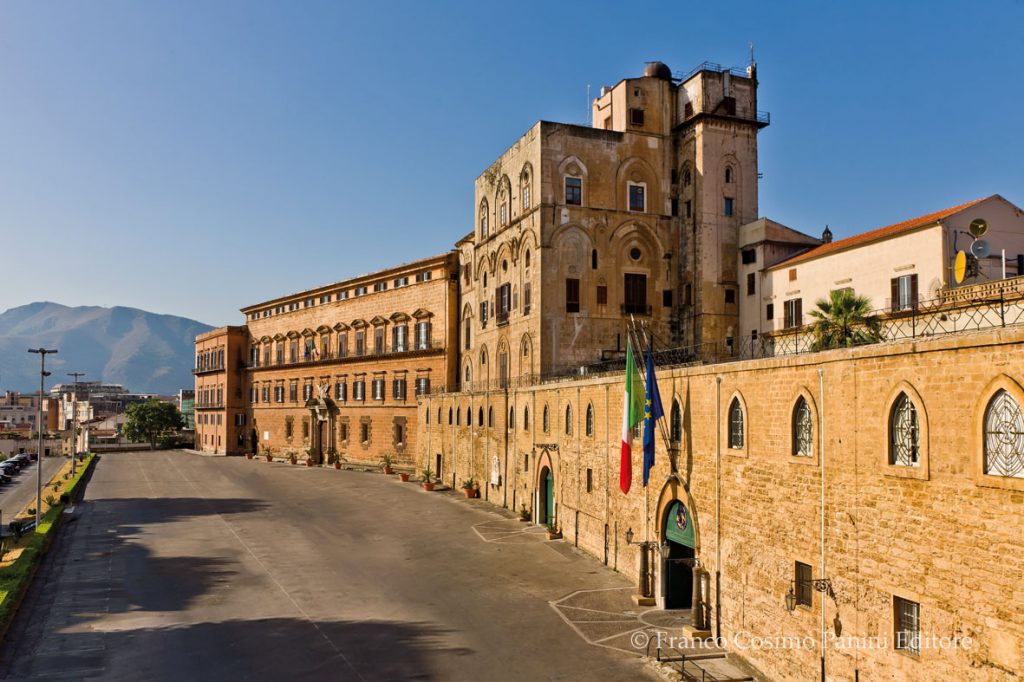 The first building, the al-Qasr (in Arabic, castle or palace) is believed to have been started in the 9th century by the Emir of Palermo. Parts of this early building are still visible in the foundations and in the basements, where typical Arabian vaults are present. After the Normans conquered Sicily in 1072 (just 6 years after they conquered England) and established Palermo as the capital of the new Kingdom of Sicily, the palace was chosen as the main residence of the kings. The Norman kings transformed the former Arabian palace into a multifunctional complex with both administrative and residential aims. All the buildings were linked to each other via arcades and enclosed by gardens, designed by the best gardeners of the middle east. In 1132 King Roger II added the famous Cappella Palatina to the complex, making it the focus of the palace.

During the reign of the Swabian emperors, the palace maintained its administrative functions, and was the centre of the Sicilian School of poetry, but was seldom used as permanent seat of power, especially during the reign of Frederick II.

The Angevin and Aragonese kings preferred other seats. The palace returned to an important administrative role in the second half of the sixteenth century, when the Spanish governors chose it as their official residence, carrying out important reconstructions, aimed at their representative needs and their military ones, with the creation of a system of bastions. 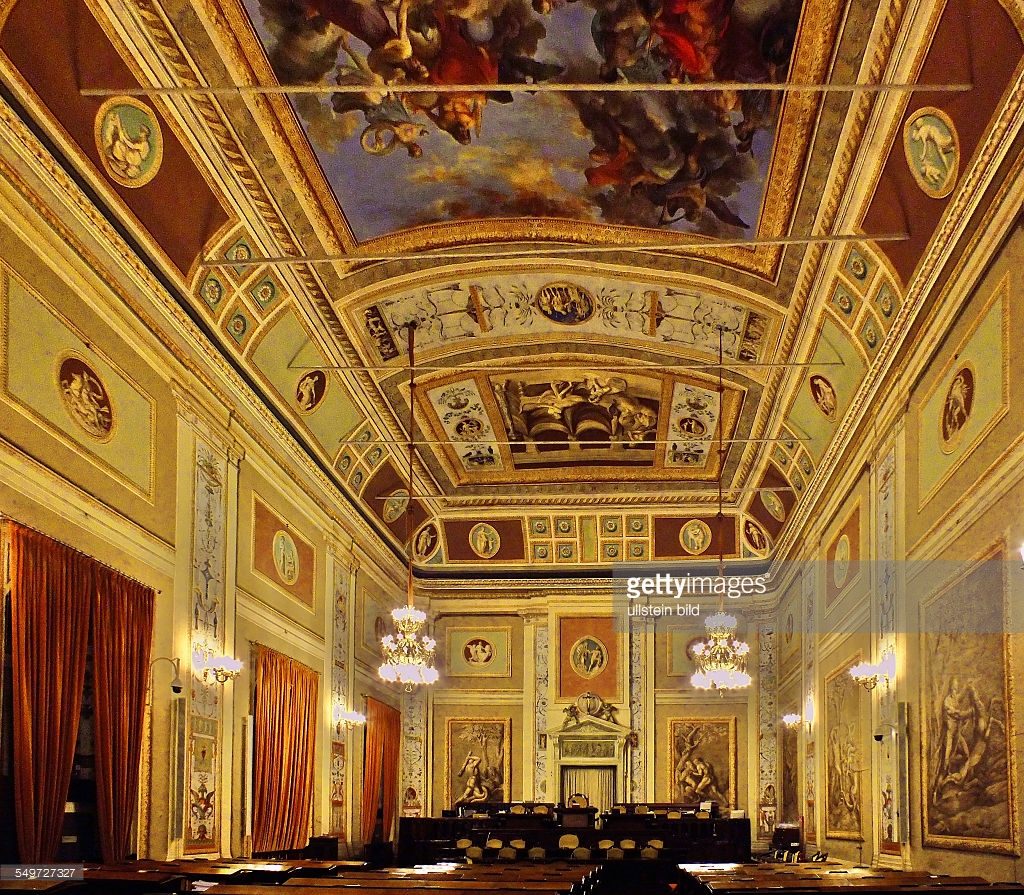 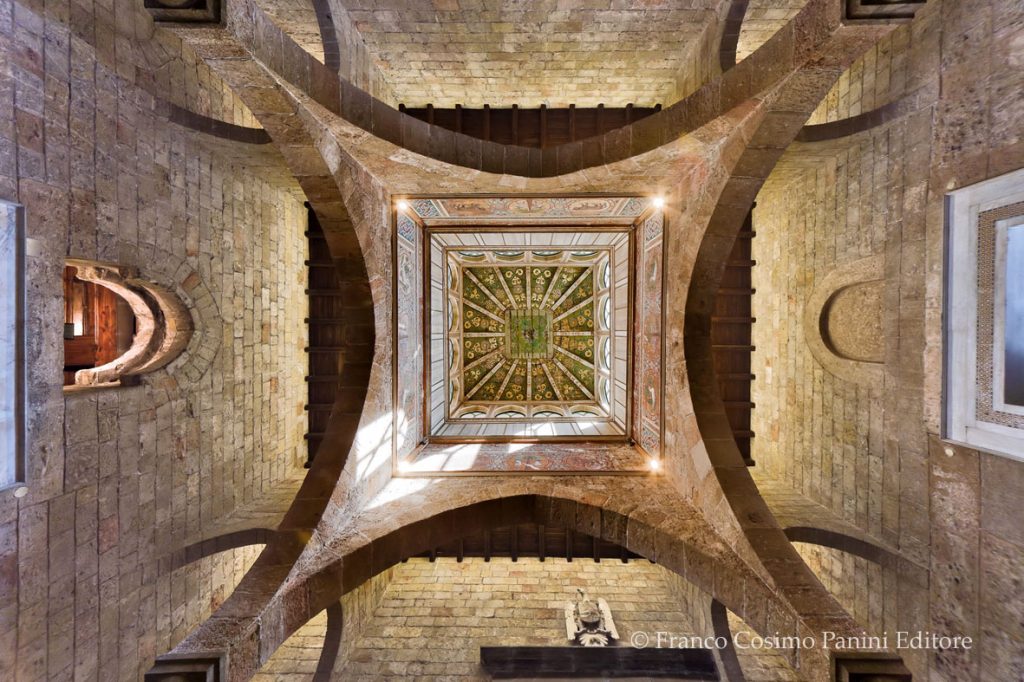 The palace contains the Cappella Palatina, by far the best example of the so-called Arab-Norman-Byzantine style that prevailed in the 12th-century Sicily. The wonderful mosaics, the wooden roof, elaborately fretted and painted, and the marble incrustation of the lower part of the walls and the floor are very fine. Of the palace itself the greater part was rebuilt and added in Aragonese times, but there are some other parts of Roger’s work left, specially the hall called Sala Normanna. 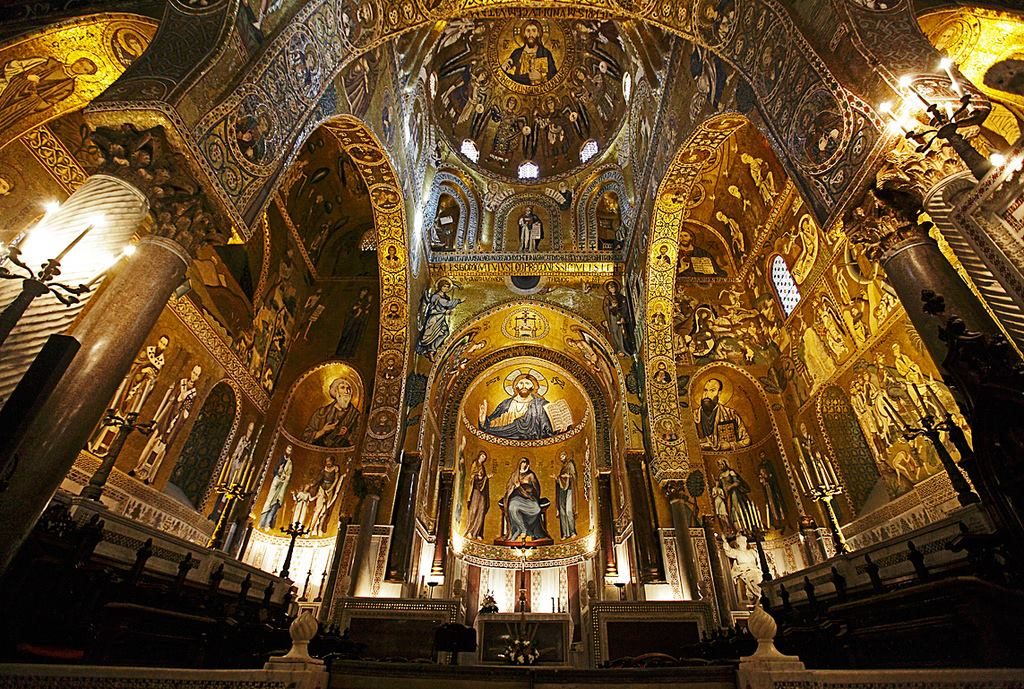 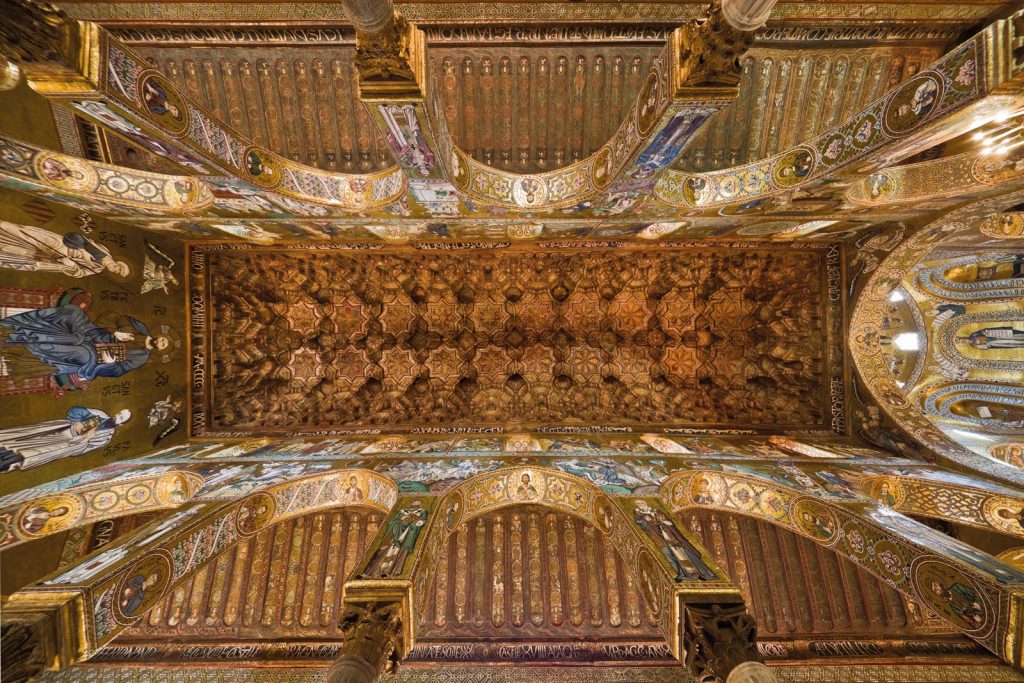