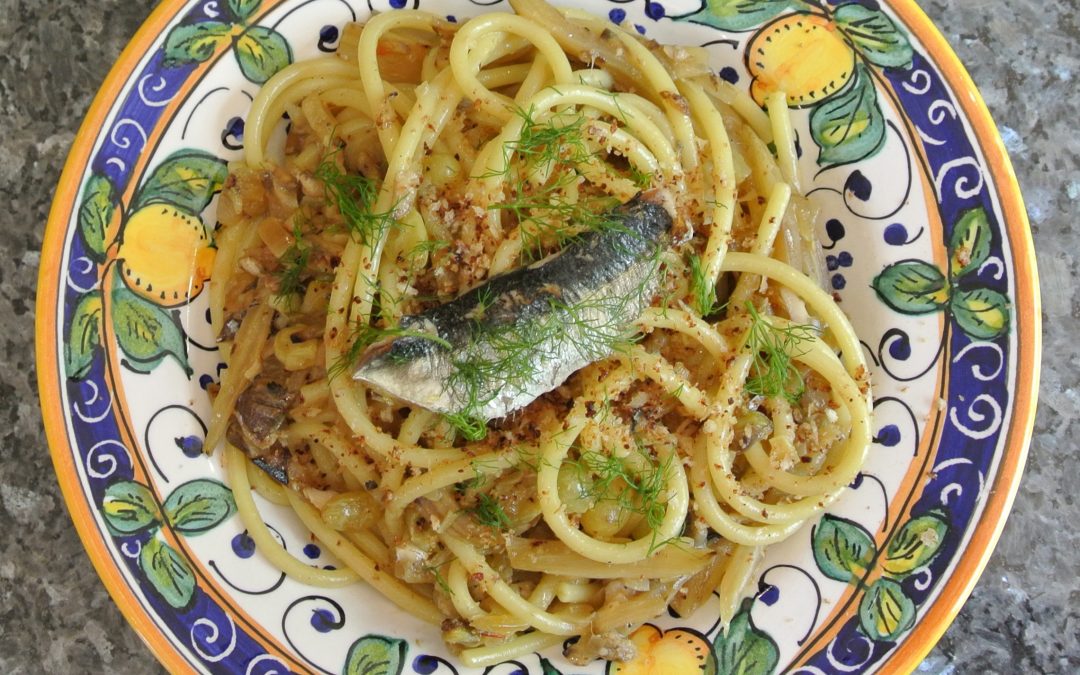 Pasta with sardines is a typical dish of Sicilian cuisine and is a seasonal dish: you can prepare from March to September period in which they were at the market fresh sardines and you can collect in the fields wild fennel. 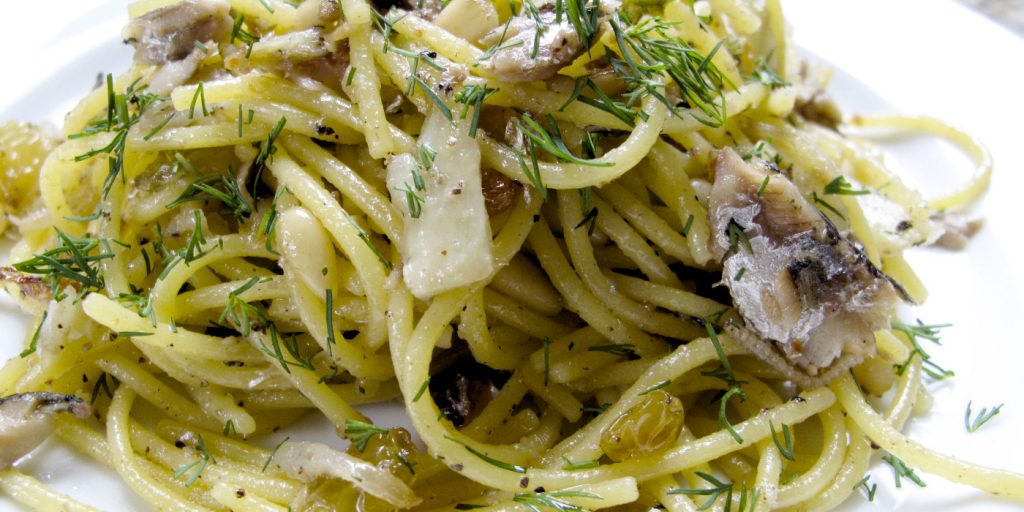 According to tradition, the pasta with sardines is a dish that was invented by an Arab cook the General Eufemio da Messina, during the military campaign of the Arabs in the Syracuse area. The cook had to feed the numerous troops, while being in difficult conditions had to appeal to its inventive and elaborate a plate with what the nature of that place offered him; so it was that joined the fish, represented by sardines (or anchovies in other versions of the tradition), and the flavors of the earth, wild fennel, mainly, and pine nuts.

The dish is Eufemio odiernamente regarded as the first “Sea-mountains” of history, as it was able to put together the natural products of the sea and the mountain.

The main ingredients are the sardines, pasta and fennel.

Sardinian is a blue fish widespread in the Mediterranean. Belongs to the same group of anchovies or anchovies, for this dish should only be used fresh ones and can not be replaced with the sardines in oil.

They must be netted and filleted, eliminating the head, tail and bones, then washed and dried between two clean cloths. As for the pasta, they are generally referred to three types of pasta, all made of durum wheat semolina: bucatini; the Perciatelli, slightly bigger than bucatini and also called by the generic name of macaroni; the pimps or ziti means. The wild fennel which is discussed in the recipe is the fennel.

The pasta with sardines if they are using the most tender and green parts, buds, twigs younger and typical feathery leaves (or beard), which can be collected in the country from spring to autumn, ie in the same period in which you can find fresh sardines in the markets. The other ingredients in the recipe “classic” are: onions, anchovies, raisins, pine nuts, saffron, olive oil, salt and pepper. In the variant “Messina style” typically do not use saffron.