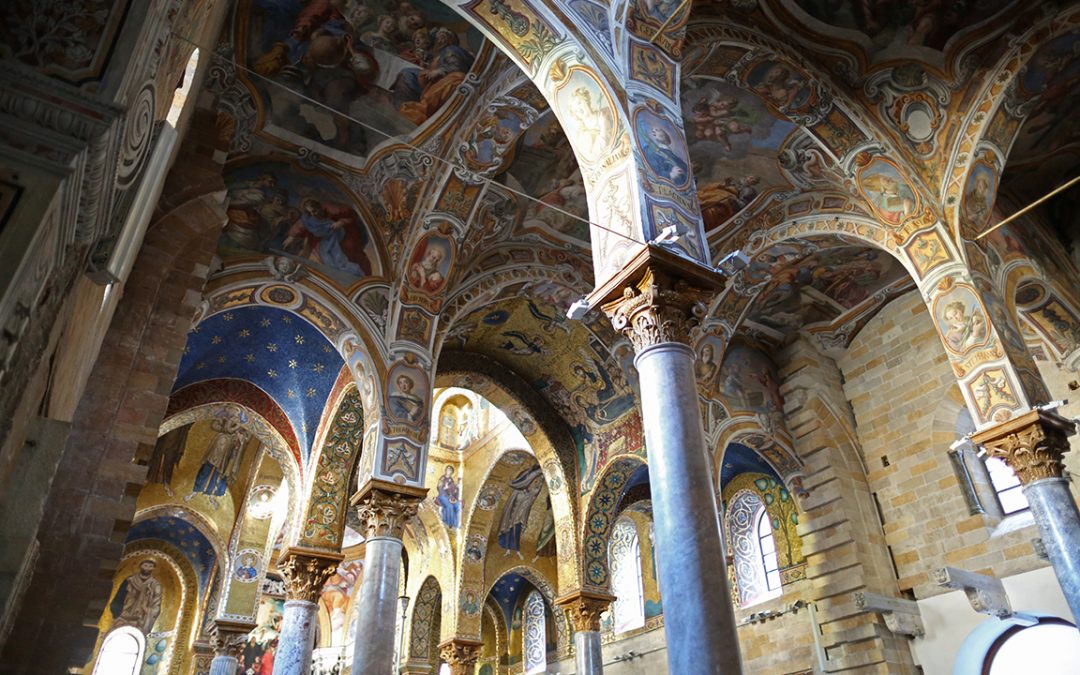 Situated over the piazza Bellini, in the middle of Palermo, the church of Santa Maria dell’Ammiraglio is also known as La Martorana, in memory of Goffredo and Eloisa de Marturano, the founders of the nearby Benedictine convent. The church was built in 1143-1185 by the Greek admiral George of Antioch, who wanted to thank the Virgin Mary for her help and protection. George himself decided to assign the church to the Greek-Byzantine clergy who still officiates the ceremonies in ancient Greek or Albanian language (in fact the church belongs to the Eparchy of Piana degli Albanesi of the Italo-Albanian Catholic Church). 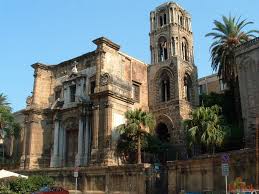 Because of its richness, La Martorana was visited, in the late 12th century, by the Arab traveller Ibn Jubayr, who left a detailed description of the church, defined as “the most beautiful monument in the world”.
However the interiors has been partly changed during the baroque period, which enlarged the church and enriched it with marble stuccoes and enamel decorations. This created a unique combination between Norman features and later styles which is still visible inside the church. 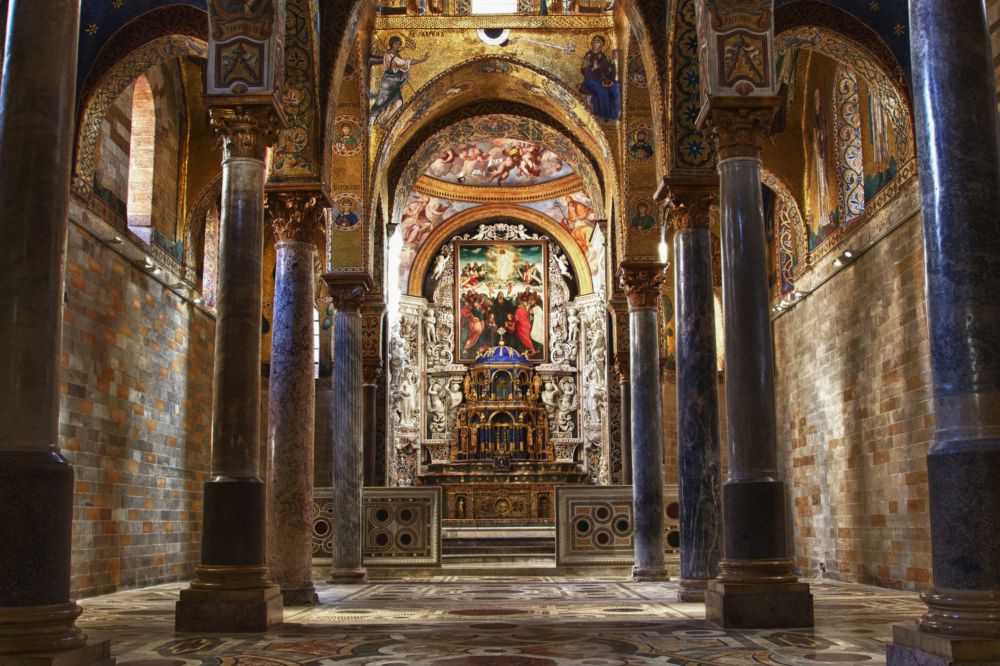 But the most beautiful treasure of Santa Maria dell’Ammiraglio or La Martorana is the majestic mosaic decorations, made by Byzantine artists around 1151. The composition starts from the Christ situated on the dome and continues with circles of angels and saints which fill all the church.
The walls display two mosaics depicting King Roger II receiving the crown of Sicily from Jesus and, on the other side of the aisle, George of Antioch at the feet of the Virgin. The depiction of Roger is the only known portrait of the king.

The newer part of the church is constituted by the nuns’ choir, built in the late 16thcentury and decorated with precious frescos and paintings attributed to the Flemish painter Guglielmo Borremans.