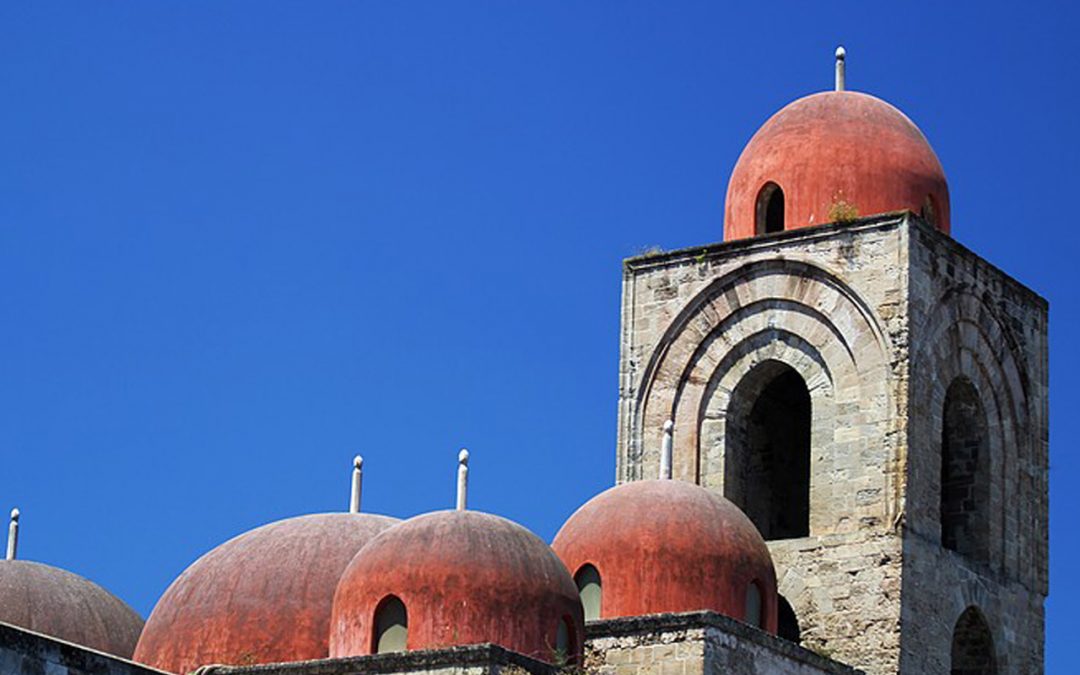 The church was built during the Norman period under king Roger II, very likely between 1130 and 1148. It has been erected on the ruins of previous buildings: in fact, where we now admire San Giovanni degli Eremiti there had been a pagan temple, a Gregorian monastery and a mosque.

Nothing is left of these structure, only very few archaeological remains, still to be examined by experts; nevertheless, according to Patricolo, that is the man who supervised the complete restoration of the building in 19th century, a part of San Giovanni degli Eremiti is still the original structure of the old mosque on which the Norman church was built. 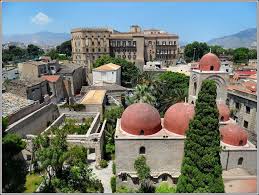 It was named after Giovanni di Nusco who had founded the hermit Benedictine community of Montevergine (small town near Avellino in Campania) that were entrusted of the church and the monastery by Roger II. At the beginning the building was dedicated both to St. John the Evangelist and St. Hermes, but nowadays only the former remains.

The church has a tau cross plan (that is in the shape of a T); there is just one aisle and three apses in the transept, but only the middle one can be seen from outside. The aisle and the transept are made of five spans covered by domes.

San Giovanni degli Eremiti inside is plain, stark, absolutely bare, with no light effect for the visitor. The domes are the only elements decorating the place otherwise quite dull. In the past even the very little light that could have get in from the windows was filtered by special chalk screens. 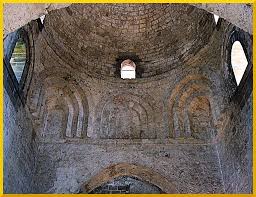 This complete plainness of the inside clashes with the outside decoration: in fact, it is rich and unusual. The split-level domes are different from any usual artistic scheme and make San Giovanni degli Eremiti a remarkable monument of Norman Arab Palermo itinerary.

Near San Giovanni degli Eremiti there was a Benedictine convent, but, nowadays, only a small cloister with twin columns remains. It is a kind of oasis of calm in the chaos of the city.

At the beginning, San Giovanni degli Eremiti was used as source of cemetery for the royal dynasty Norman dignitary, what proves its prominence in Middle Ages. 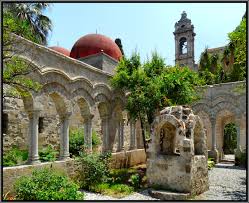